Price drops to $354 if 2 interested trekkers join this trek

In order to provide you with the best possible price and to get as much money as possible directly to the people who are actually doing the work, we do not charge you in advance for teahouse lodging and food. The guide will be able to book accommodation for the group in advance during high season. However, you will pay the teahouse owner directly for food and lodging. Budget at least $25 a day for food and lodging to be paid in cash directly to the teahouse. Estimated food & lodging for this trip $425 per person. 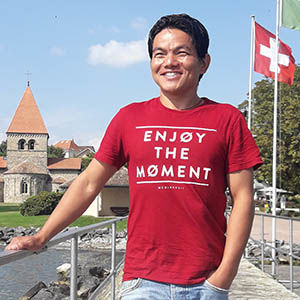 A grand tour of the Everest Region, this trek explores four valleys of the Khumbu region and climbs over three passes in excess of 5000 m. If you want to feel like you’ve covered the Everest Region, then this trek is for you. If trekking over the passes from east to west, then the Kongma La Pass is the first pass encountered. It probably the least traversed of the classic three passes in the Khumbu region, the path to the Kongma La (5535 m) offers a spectacular but strenuous route between Chukhung and Lobuche. While in Chukhung, you may wish to spend an additional day and climb Chukhung Ri for a panorama of the Chukhung Valley, or hike to the alpine lake of Imja Tsho. After a visit to Everest Base Camp and Kala Patthar the next pass to the west is the Cho La. The Cho La, is most popular of the three passes in the Khumbu region providing stunning vistas along the high route between Everest Basecamp and the Gokyo Valley. With its series of lakes, the Gokyo Valley is probably one of the most beautiful valleys in the Khumbu Region, while the view from Gokyo Ri rivals any of the trekking viewpoints in the Khumbu, including a more complete – if a bit further away – view of Mt Everest than any of the other trekking viewpoints. The most western of the three passes is the Renjo La the path via the Renjo La (5340 m) provides a more strenuous route from Gokyo back to Namche Bazaar via the barren and beautiful Bhote Valley, and the Sherpa Village of Thame. The ascent to the Renjo La from Gokyo provides jaw dropping views of Mt. Everest with Gokyo Lake below.

Side trip via Chukhung Ri Climb: The climb to the 5550 m (18,209 ft) summit of Chukhung Ri is a tough lung busting struggle, but the reward is a panoramic view of Makalu, Island Peak, Ama Dablam, and the glacial lake of Imja Tsho. This should only be attempted if you feel well acclimatized at Chukhung.

April is the peak of the ‘Spring Season’, with more moderate temperatures and still relatively few days of precipitation. Clear mornings and cloudy afternoons are typical, with clouds clearing up just before or just after sunset. Trekkers should also be prepared for the occasional rain shower, especially towards the end of the month. At high altitudes occasional snow storms are possible.

At a glance
On average there are 6 days with precipitation in April. The highest point on the trek is Kala Patthar at 5643 m. During April, expect high temperatures of around 2.5°C (37°F) and lows down to -13.5°C (8°F) at Kala Patthar.