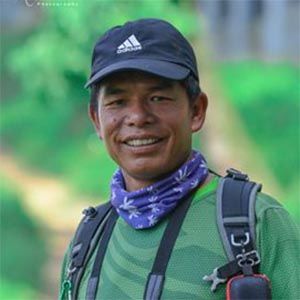 Khaman is originally from Lamjung region of Nepal, west of Pokhara. Since becoming a trekking guide, he has led many treks around the Annapurna region of Nepal, including Upper Mustang, Annapurna Base Camp, Mardi Himal, and Around Annapurna. In addition to the treks near his home, Khaman has also led treks in the Everest Region of Nepal. Khaman enjoys learning languages and he speaks a lot of them. He is also a licenced city guide and leads sightseeing trips around Pokhara.