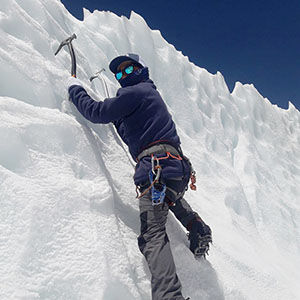 Originally from eastern Nepal, Yubaraj has been leading treks in Nepal and India since 1999. In Nepal, he has led treks in the Everest, Annapurna, Langtang, and Upper Mustang regions; and in India, he has trekked in Ladakh, Sikkim, Kumaun and Darjeeling. In addition to trekking, Yubaraj is an accomplished climber and has summited Mt. Everest, as well as Island, Lobuche, and Mera peaks. He has also completed courses in rock climbing, basic rescue, and basic mountaineering. When not in the mountains, Yubaraj enjoys tending to his vegetable farm.