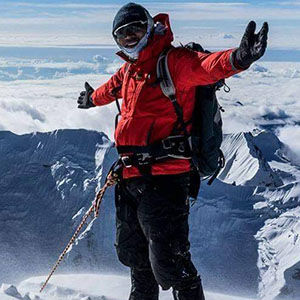 Dawa is originally from Sibuje village in Nepal's Everest region. He began working as a porter at 12 years old, and after a number of years started formal training to become a trekking and mountain guide. He completed courses in leadership, basic and advanced mountaineering from the Nepal Mountaineering Association, trekking guide training from Nepal Academy of Travel and Hotel Management, as well courses in first aid, mountain rescue and ice climbing. Dawa has also trained as a wilderness first responder (WFR) by the prestigious international NOLS wilderness school. With his extensive training, Dawa has led treks in Khumbu(Everest), Annapurna, Langtang, and lower Solukhumbu regions. He has worked on Everest expeditions, summiting Mt. Everest in 2013, and led climbs of several trekking peaks including Mera, Island, Labuche East, Pokalde, and Yala peaks. Dawa knows firsthand the challenge and danger of working on the mountain. He survived the 2014 avalanche in the Khumbu icefall that killed 16 other Sherpas.