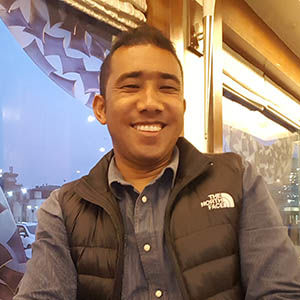 Based in Kathmandu, Nepal
Trek Rate $25 per day (USD)
Languages English, Sherpa, Hindi, a little French, and a little Japanese
Experience over 19 years

As for many boys growing up in the Solu Khumbu region of Nepal, trekking was the family business. Lhakpa started trekking by assisting his uncle and older brothers on treks. Now with 16 years of experience as a trekking guide, Lhakpa has led treks in the Khumbu, Makalu, Around Manaslu, Langtang, Annapurna, Upper Mustang, Dolpa, and Nar Phu. He has also led climbs on many trekking peaks including Island Peak, Pisang Peak, Cholu East, Cholu West, Naya Khang, and Yala Peak. For the past 8 years, Lhakpa has been working with an Australian-based trekking company. Prior to that he worked with a French company. In 2012 he visited France, and enjoyed such famous sites as the Eiffel Tower while getting a chance to meet the French people. A traveler at heart, Lhakpa has also visited Japan (in 2006) where he was impressed by the order and hard work of the Japanese people.